Python is the language of choice for many software developers, data scientists, and web developers because of its flexibility, scalability, and easy-to-learn syntax. But how do they use Python?

In this article, we’ll explore 25 uses and applications of Python, from web development to game design and more. Whether you’re a seasoned programmer or just getting started, this article will give you insight into the many ways to use Python.

Python libraries such as TensorFlow, PyTorch, Keras, and Scikit-learn provide developers with the tools they need to create powerful AI and ML algorithms and models.

Data scientists use Python for supervised and unsupervised learning, which allows it to be used for anything from predictive analytics to spam detection. Looking for AI use cases? Check out our 100 applications and uses of artificial intelligence.

Python is a powerful tool for data analytics because it allows developers to analyze, manipulate, and visualize data quickly and efficiently.

Data analysts use Python for data exploration, data cleaning, feature engineering, model building, and more. It has a number of powerful libraries such as pandas, NumPy, and SciPy that make it easier to manipulate and work with data.

With its many features, Python is an ideal choice for data analysts who want to gain insights and extract meaning from their data quickly and easily.

Popular Python libraries like Matplotlib, Seaborn, Bokeh, Plotly, and Folium provide a range of tools for creating beautiful visualizations of datasets and making them easier to understand.

While Matplotlib is a basic plotting library for line graphs, bar charts, and scatter plots, Seaborn is a more advanced library that allows users to create more complex visualizations such as heatmaps, cluster maps, and violin plots.

Python is increasingly being used for game development, due to its flexibility, ease of use, and ability to rapidly prototype.

Python can be used to create all types of games. From 2D side scrollers to 3D first-person shooters and text-based adventures, Python is also ideal for AI systems for computer-controlled opponents.

It is also a popular choice for developing the underlying game logic, such as controlling the physics of the game world and handling user input.

NLU involves analyzing text to identify key concepts, while NLG involves generating text from a set of predetermined rules. Python can be used to create an NLU system that can recognize keywords, understand context and sentiment, and generate summaries and responses.

In addition, Python can be used to create machine learning models that can learn from existing text data and generate new text data. Python is also well-suited for creating chatbots and other AI-driven applications for natural language processing.

In the finance sector, Python is used to build trading algorithms, develop pricing models, and analyze financial markets. In addition, Python can be used to automate financial operations, such as the retrieval of stock prices and currency exchange rates.

Overall, Python’s growing popularity in the financial sector is due to its powerful set of libraries and frameworks that enable rapid development and make it easy to interact with existing financial systems.

Python can interact with websites for web scraping and data extraction. For example, Python libraries such as BeautifulSoup, Scrapy, and Selenium are often used for web scraping.

BeautifulSoup is a library for parsing HTML and XML documents, while Scrapy is a framework for building web crawlers and spiders. Selenium is a library for automating web browsers and can be used to fill out forms, click buttons, and scrape data from web pages.

For example, the Geopandas library makes it possible to access, manipulate, and analyze geographical data. The library provides tools to read, transform, and write spatial objects, as well as to visualize them interactively. It also allows users to apply sophisticated spatial operations, such as intersections, clipping, and buffering.

Python can also be used to generate interactive web-based maps. For example, with the Folium library, it is possible to create and customize maps using Leaflet.js, which is a JavaScript library for interactive maps. These maps can display real-time data, visualize spatial trends, or provide insight into spatial patterns.

It is an object-oriented language, meaning you can create classes and objects to design your code in a structured way. This makes it easier to maintain and extend existing code.

Python can also be used for building front-end web applications through frameworks such as Django and Flask. For example, developers can use Python to create interactive websites and web applications with features like forms, user authentication, and database access.

In the field of bioinformatics, Python is widely used for sequence analysis and manipulation. Tools such as Biopython and BioPandas provide easy-to-use functions for biologists to work with sequence data.

Python is used to create simulations of complex biological systems. These simulations can be used to study how a system responds to different conditions and to make predictions about its behavior.

Whether they are working with sequence data, analyzing genetic information, or creating simulations, Python provides a powerful platform for biological research.

Additionally, Python provides access to powerful visualization tools, such as Matplotlib, which allows data scientists to quickly and easily create graphs and plots.

Finally, Python integrates well with other data sources, making it easy to import and export data from databases, spreadsheets, and other storage formats. Python’s flexibility, scalability, and ease of use make it an ideal tool for performing statistical analysis on large datasets.

On the front-end, web developers can use Python to create interactive websites with frameworks such as Django and Flask. Additionally, Python can be used for creating web scraping applications to extract data from websites.

It is also commonly used for creating scripts to automate tasks related to web development, such as data validation and content management. Overall, Python provides an extensive library of modules and packages that allow developers to quickly and easily create web applications.

Python is a powerful programming language that is widely used by ethical hackers to develop hacking tools, exploit scripts, and other programs.

Specifically, Python has a wide range of libraries and frameworks that make it easy for hackers to create sophisticated software and automate tasks.

Libraries such as OpenCV, PIL, and SciPy allow developers to perform a wide variety of tasks related to image processing, such as reading and writing images, manipulating the pixels in an image, performing feature detection, and more.

With OpenCV, developers can read and write images in various formats, create graphical user interfaces, perform feature detection, and more. PIL enables developers to work with images in multiple formats, including JPEG, PNG, and GIF, as well as convert images into different formats.

Finally, SciPy offers a number of functions for working with images, from basic filtering and thresholding to more advanced operations like color space conversion and morphological operations. With these libraries, developers can develop sophisticated applications that process images in a variety of ways.

It also provides a wide range of libraries and frameworks that simplify the development process. For example, OpenCV is an open source library that provides a comprehensive set of algorithms and functions for computer vision development.

Other popular frameworks include TensorFlow and PyTorch, which allow developers to build complex neural network models for image recognition and other tasks.

From building low-level networking protocols and clients to creating high-level web services and applications, Python can be used to develop almost any type of network application.

For example, the Python socket library allows developers to create clients and servers to communicate over the internet. Also, the Twisted framework provides an asynchronous networking engine for internet applications.

There are also several other libraries and frameworks available for building network-based applications in Python, such as Scapy, dpkt, and NetworkX.

Python’s extensive libraries can be used for a variety of testing purposes, such as unit testing, integration testing, functional testing, end-to-end testing, and more.

It can also be used to simulate user interactions on a web application or to perform performance testing. With its simple and expressive syntax, writing test scripts in Python makes it an ideal choice for testers.

Furthermore, Python is also useful for creating mocks and stubs which can be used to isolate components, allowing for more accurate testing.

APIs (Application Programming Interfaces) are used to access various software components and services, enabling developers to integrate existing software services with their own applications or services.

Python is commonly used for building APIs because third-party libraries allow developers to quickly add new features to their APIs. For example, the Django REST framework makes it easy to create robust APIs that can handle complex requests and responses.

Other libraries such as Flask and Flask-RESTful also provide useful tools for creating APIs. Finally, many cloud providers support Python and make it easy to deploy APIs in the cloud. This is important because APIs need to be accessible from multiple locations, and cloud hosting makes it easy to share APIs with different users and applications.

Python is widely used for design applications, including those in animation and graphics software like Blender.

Python enables users to create custom scripts and modules for Blender, allowing for more flexibility and control than other scripting languages.

Python has built-in support for various types of databases, including relational databases such as MySQL, PostgreSQL and SQLite, as well as NoSQL databases like MongoDB.

Python also supports the creation and management of database schemas, as well as the ability to query, insert, update and delete data in the database.

For audio developers, Python offers libraries such as Librosa, which makes it easy to analyze and manipulate audio data.

It also provides tools such as PyDub and GStreamer, which allow developers to work with audio files and audio streaming.

Additionally, there are packages such as Pygame and music21, which provide interfaces for musical analysis and computational musicology.

Python can be used to create programs that act as the “brain” of robots and are responsible for controlling them. By using Python, it’s possible to set up communication protocols between robots and other machines and devices, such as sensors.

Finally, Python can also be used to create algorithms for path planning, obstacle avoidance, and navigation, as well as to develop control systems for robotic arms and other robotic components.

Python is a great choice for BI because it has a wide variety of libraries and frameworks that can be used for data analysis, visualization, data manipulation, machine learning, and more.

Python is often used to analyze large amounts of data, such as customer databases, to identify trends, patterns, and correlations. It can also create reports, dashboards, and other visualizations to help make sense of the data.

Python is also used for predictive analytics. This means using machine learning algorithms to make predictions about future events or outcomes based on data. Using Python, businesses can gain insights into customer behavior and market trends, so they can make more informed decisions and take advantage of opportunities.

Cybersecurity analysts use Python to develop custom tools for network scanning and vulnerability assessment. First, Python can be used to develop security analytics tools for tracking and analyzing large volumes of security-related data.

Next, Python can be used to build custom web applications that can detect and respond to security threats. Finally, it is often used to create custom forensic analysis tools for recovering data and identifying malicious code.

Automation is the process of using a computer program or script to carry out repetitive tasks or operations without manual intervention. Python is suitable for automation because of its simplicity, yet its wide range of libraries and frameworks that are available.

Python can be used for anything from creating web applications to analyzing data and creating complex algorithms. Its versatility and user-friendly capabilities make it one of the most popular programming languages in the world. 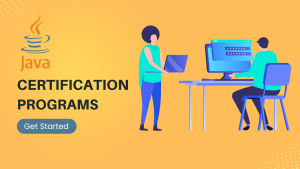 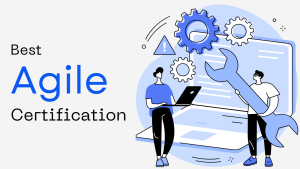 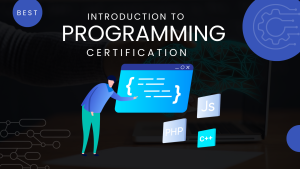 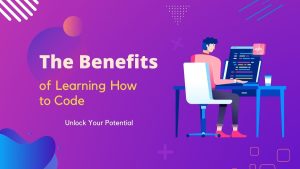 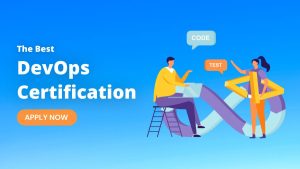 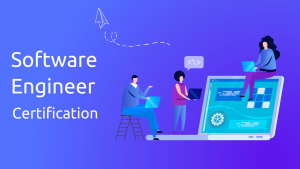 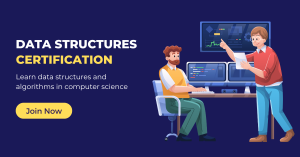 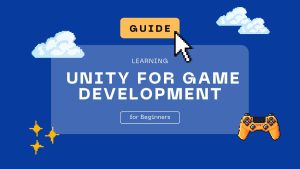