What Is IP Spoofing?

IP spoofing is a technique used by malicious actors to hide their identity on a network. It involves the manipulation of source IP addresses in network packets, either to hide the originator’s identity or to impersonate another computer system.

IP spoofing is a technique used by hackers to gain unauthorized access to a computer or network by disguising their identity as another user. By using IP spoofing, an attacker can gain access to restricted networks, launch distributed denial-of-service (DDoS) attacks, and redirect users to malicious websites.

IP spoofing is a type of cyber attack where an attacker fakes their IP address in order to gain access to a network or system. It is typically used to launch an attack from another computer, making it appear as if the attack originated from a different host address.

A common example of IP spoofing is when a hacker attempts to gain unauthorized access to a computer by sending packets with a false source IP address. By using a fake IP address, the hacker can disguise their identity and make it difficult for authorities to trace the attack back to them.

Additionally, IP spoofing can be used to carry out distributed denial of service (DDoS) attacks, where multiple computers are used to send overwhelming amounts of traffic to a target server, causing it to crash. Similar to MITM attacks, IP spoofing is very difficult to detect and even more difficult to prevent.

How To Prevent It

IP spoofing is a serious security risk and should be monitored closely. Organizations should employ tools and techniques to detect and prevent IP spoofing attempts, including network monitoring, packet filtering, and source address verification.

To prevent IP spoofing, there are several steps you can take.

By following these steps, you can help protect your network from IP spoofing attacks. 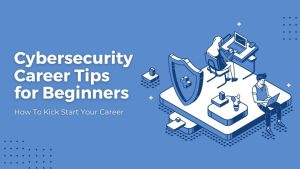 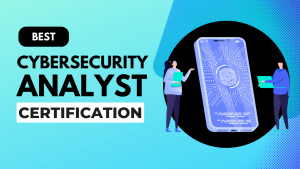 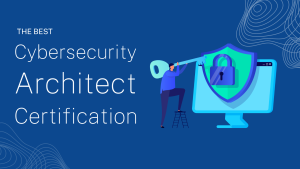 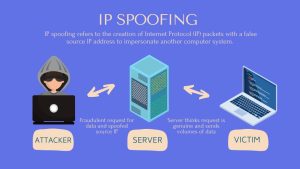 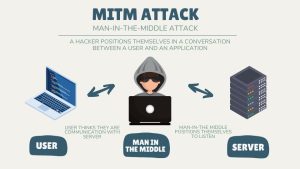 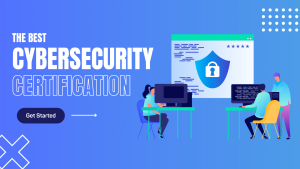 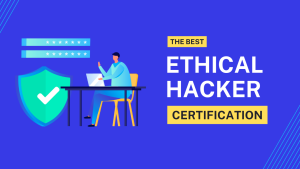 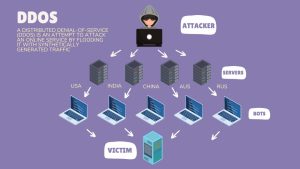